Head of School and Director of Architectural Science

Professor Phil Jones' teaching and research activities encompass a range of subjects in the field of energy use, environmental design and sustainability in the built environment. He is currently working on research projects in Wales, Europe, Middle East and China. He is an honorary professor at Xi’an University of Architecture and Technology and has been a visiting professor at The University Putra Malaysia and Hong Kong Polytechnic University From 2000 to 2006 he was a member of the UK Government Building Regulation Advisory Committee (BRAC) and he chaired of the working groups that produced the Approved Document L ‘conservation of fuel and power’ and Approved Document F ‘ventilation’, working groups. He currently chairs the European COST C23 ‘Low carbon Urban Built Environments’ network which has 19 member states. He is Chairman of the Board of Directors of Warm Wales, a charitable company formed to implement energy efficiency measures to existing fuel poor housing. He chairs the Wales Energy Research Centre’s steering committee. In 1999 he was made an Honorary Fellow of the Royal Society of Architects in Wales and in 2007 he was invited to be a Fellow of the Institute of Welsh Affairs. He is chair of Cardiff City’s Futures Forum.

Phil is the Project lead and Chair of the Management Committee. 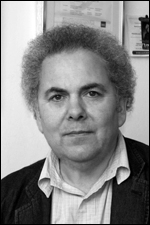